Are you ready for some insights? Well, I guess, that's why you're here right?!

Are you ready for some tough love? Well… TOUGH! Because you’re getting one anyway. And remember, tough love, is still love.

Prioritising Yourself can be a trickier task for some than others because some people struggle to set others to the side for a moment in order to put themselves first, even when they know it’s the right thing to do. But I’m going to tell you exactly how you can shift that mindset.

There are a lot of factors that come into play in terms of our ability or willingness to Prioritise Ourselves. Let’s look into where these mindsets came from.

I’m going to list a number of situations, beliefs, and stories (narratives), that we hear when growing up, or that we become socialized into believing and from the list, I want you to note which it is that resonates with you. Ready? Let’s go!

If you’ve been in my world for a while, you would have heard me say, it’s important to give from your saucer, not your cup, and the importance of pouring into yourself so you remain 100% because this is when you can do your best work and be your best self.

You can better serve and support others when you are 100%.

I want you to learn this simple saying ‘Selfcare is not selfish, it is selfless’. Learn it, repeat it until you believe it. Those who focus on prioritising themselves and keeping their cup full are in a better position to give more and receive in abundance.

Those who focus on putting everyone else first, are operating from a place of lack. They lack time, energy and resources. They regularly end up feeling resentful and giving from a place of resentment because for so long, they have given from less than 100% and realised no one else is filling their cup.

You know what else, giving from a guilty heart is also not pure. Many of the above scenarios create a level of guilt within you and that guilt breeds fear. You end up Prioritizing everyone and everything before yourself because of the fear of disappointing others, the fear of being judged, and the fear of being criticised.

The next time you’re feeling that guilt crop up, I want you to take a moment to really feel its weight, its effects on your ability to process information, its sheer volume in your headspace. Acknowledge the amount of energy that that guilt saps from your very being. Acknowledge that the energy that you are giving that guilt is feeding it, making it stronger, and making it even more invasive. View that guilt as a monster, give it a shape, give it a name. If you are part of our Growth Book Club, you would have read the Power of Vulernability by Brené Brown. She talked about ‘shame gremlins’. If you haven’t read it, it really is a must read… well, it’s an audio book but you know what I mean. Check out her famous TED Talk,  Anyway where was I…Oh yes, Monsters! So, let’s get back to that monster and think about how it needs your energy to survive, and thrive. Guilt and shame literally feed from the energy we give to it. I want you to acknowledge that this monster will always be one of your most important dependents if you allow it to be. If you continue to feed it. It WILL take away your two most valuable resources: your energy, and your time.

So let’s do something different. Let’s take the belief that we have carried with us for so long and dismantle it. You do realize that belief is simply a thought you keep thinking over and over again until you begin to believe it to be true and hold it as your truth. Beliefs are, as I learned from Deepak Chora, the hypnosis of social conditioning…MIND BLOWN! You can literally believe something without ever having evidence of its existence if you tell yourself it exists enough times. This means that you can replace a belief with something else. You can create your own belief! Byron Katie created a belief changing tool which has been expanded upon and I love to use it with my coaching clients. I’m going to share it with you. For the Queens inside the Academy, you can download this workbook to put this exercise into action.

So, to break down and replace your limit beliefs you need to ask yourself – and answer, a series of questions and end it by taking an action. To change your limiting beliefs for good, use the Belief Change Tool. It is composed of six questions and an action. Check it out below: 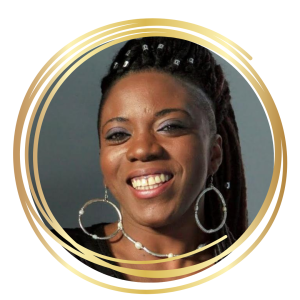